It feels like we might be finally getting a grip on where the Slenderman has come from. I suppose the implication is that he is one of the unfortunate criminals to have been stretched out by the trees. It's a real and concrete move by Marble Hornets to explain their storyline; a lot of these YouTube series go for a long time surviving on scares and freaky imagery without providing any answers - it's brave of Troy and the guys to lay some of their cards on the table.

Plus, Troy has told us that the DVD is just around the corner (Warning: don't follow the link if you don't want to see OOG MH stuff). He released it with a pretty nifty jigsaw puzzle for us to solve and decipher - smart move, the guy knows his audience. The DVD will include (quoted directly from Troy Wagner's Blog Machine): 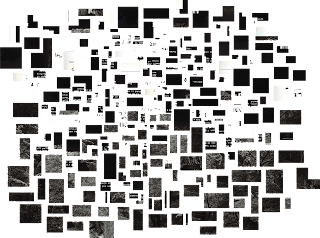 
I'll be looking into getting a copy for myself as soon as poss. Should be good! I'm looking forward to seeing how they tie in all the Entries and convey all the stuff that went on between the YouTube videos (the Twitter trail to the Red Tower, for example).
Posted by Unknown at 08:21:00