I'm shamelessly stealing this off Dara O'Brien's standup which I saw the other day. I thought I'd repost it here because it amused me so and wanted to see what you guys thought of it:

The advantage which the video game medium holds over other entertainment mediums is that it is the only one which punishes you for failure. CD's don't pause halfway through a song and demand: "DANCE, DANCE FOR ME! Nope, not good enough *self destruct*". Books don't stop you halfway through and ask: "What are the major themes of the story so far? INCORRECT! *slam shut*".

You cannot be crap at reading a book. But you can sure be crap at video games.
Posted by Unknown at 01:02:00 3 comments:

You know that a game is reaching the end of its life-span when you’re zoning repeatedly between the guild hall and the zoo, slurping down Frosty Tonics and popping off crates of fireworks. I’ve managed to consume 250 tonics this way so far. Only another 1000 to go. It’s arduous, yes, but at least it’s cheap. One stack of tonics costs 10k: 10000/250 = 40g per tonic. Each tonic is 2 points, so each point is only costing me 20g, compare that to the 100g it might usually cost (for the spammable items) and you’ve got a pretty good deal. The only downside is this tiresome zoning which is required, still, I can while away the time listening to podcasts or reading.

I think I’ll stop once I hit God Walking Amongst Mere Mortals. I don’t think I have the heart to strive for a 50/50 Hall of Monuments. Seeing as I’ve already reached the 30/50 required to get all the items and I’ve spent all my money on these blasted tonics, I don’t think I’ll be able to work up the funds required for the obsidian armour, tormented weapons and numerous minipets required to bump that 30 up to 50.

At least Wintersday has brought my Ranger out of retirement. After 5 and a half years his bones are a little creaky, but he’s still a dab hand in a snowball fight and he and his warband make light work of most other nasties which step in their way. Plus, he’s laying the foundations for his children (or however I want to justify a sylvari Mesmer have a human Ranger ancestor).
Posted by Unknown at 12:34:00 No comments:

Last year I wrote my sincere Christmas message. I tried my best to avoid all sarcasm, pretension and other literary devices which I use and abuse whenever I write a new post.

I’d had a terrible year of it, and I was glad to see the back of 2010 and look forward to 2011. This year is different, 2011 hasn’t really been a terrible year for me, and although I’ve been through a lot of changes (no, not puberty – fingers crossed for 2012 on that one!) I think I can come out the other side with a measure of optimism and look back on this year with some fondness.

I wrote last year’s message on Christmas Eve, this year myself and the Mrs are cooking Christmas dinner for 7 other family members (including turkey, gammon, parsnips, roasties, Yorkshire puddings, carrots, swede mash, pigs-in-blankets, gravy, red cabbage and, of course, brussel sprouts). So, Christmas Eve is going to be filled with preparing for the inevitable disaster which will follow the next day.

So, here it is a little earlier than last year but no less heartfelt. I’d like to wish you all a very Merry Christmas, a Happy New Year and a fantastic 2012.

Email ThisBlogThis!Share to TwitterShare to FacebookShare to Pinterest
Labels: Life

[GW2] Deception is the Weapon

Have I lost all scruples? In Skyrim I'm becoming more and more comfortable with driving people absolutely batshit-bonkers, forcing them to turn on their loved ones and then calming them down once the dust settled and forcing a blade between their spinal segments. It's certainly a new compunction. Even more worrying is how much I want to play as a Mesmer once Guild Wars 2 hits.

Whilst the guardian of the group is tirelessly running from needy team-member to needy team member I'll be standing at the back giggling as I force a helpless looking bandit chief to dance to "All the Single Ladies" with a rose clamped between his buttocks. But... I've always been the honourable type - sure I sat at the back with my bow and arrow but at least I wasn't afraid to get my hands dirty if it was required. It was good, honest work. But now, there's this mischievous little imp sitting in my chest who wants to befuddle and confuse opponents, not just kill them. He wants to revel in the bloody mess of it all; he gets a kick out of it, the sick little gremlin. 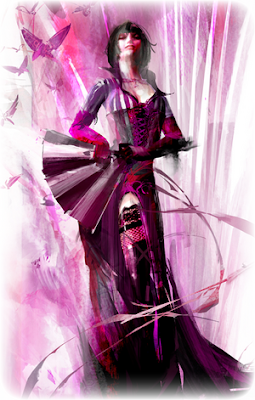 So, this might be goodbye to the bow and arrow. Hello to the off-hand pistol and sword combo. Oh and the Greatsword, of course.

The only problem might be fitting into these goddamn dresses the casters seem to wear.

PS. Anyway, I owe it to ArenaNet to try the class out seeing as I damn near DESIGNED IT FOR THEM, back in March.
Posted by Unknown at 21:52:00 1 comment:

It’s a tried and tested cliché – the ex who won’t go away. They are usually the one who burrowed deep into your soul and every moment you spent in those first few weeks of the relationship was exciting and sent a thrill through your spine. Of course, it doesn’t take long before the honeymoon phase wears off and you’re left with the prospect of spending significant amount of time with someone who is boring, difficult and shallow.

You move on, find new and interesting ways to spend your time and forget the vacuous harpy which lingers in your past. Until they send that one email:

Oh you vile temptress! I’d just uninstalled you and now you come crawling back expecting to be welcomed onto my hardrive like the mid-level grind-fest never happened? What about the incredibly laggy fortress battles, huh?! You can’t tell me you’ve changed, I can see right through you. I won’t let you disappoint me again! 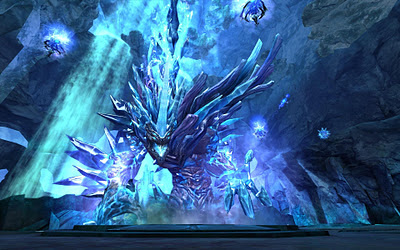 How to make coins in [Insert Game Here]

Buy low early, when supply is abundant. Sell high later when supply is scarce. It's a very simple concept, and I'm sure most people understand how it applies to commerce in any situation. Games provide a nice little microcosm of an economy which allow you to more easily predict market changes and exploit them to your advantage.

I'm going to use FIFA12 Ultimate Team players as examples in this post, but the theory can be applied to most any game with an in game market and verying degrees of rarity and availability of items to trade.

In order to make easy money you have to identify a commodity which, whilst abundant at the moment, will become rare at a later date. This is easy with Ultimate Team as each week players who are performing well in real life will have an "In Form" version of their card produced which is available in packs for the duration of the week. What this means is that this in form card will probably be filling the marketplace for the week and the couple of weeks following, but supplies will dwindle once it is no longer available.

So, your job should be to get your hands on the commodity whilst it is in abundance. The price should be low because, no matter at what price a player is willing to sell a card, there will always be another player willing to sell lower. So, once you feel the card is at its very lowest price, that's when to buy. With any other item (one available all the time), this process would continue ad infinitum until the game ended; as more and more players pull them out of packs and seek to sell them on quickly, driving down the price. Even the rarest of item's prices will be driven down inexorably if production is steady (and could even drop as low as just above the price at which you could discard/sell the item to an NPC merchant).

Once the week is over, hold onto the card for a while. Supplies will still be high, and it is likely that players who found the card in packs will probably seek to sell him on once they've tried him out for a few days. After a week or so after the production of the cards stops, the supplies in the marketplace will begin to fall as some players discard him, stick him in their club and forget about him or the account he is on is either hacked, banned, deleted or simply abandoned and unused. As the supply drops, the price will rise. Then; sell sell sell.

This is a theory which can be applied to almost every game, there are, however, caveats to remember:

1) You have to be careful about buying rare commodities which could be substituted for common alternatives with little downside (or even and upside).


2) Rare commodities' prices are subject to the degree of availability. Hence why ectoplasm prices plummeted when the shadow form assassin build was an easy way to farm for them. Now that the process is much harder, the prices have risen again. Any limited availability item you buy will be subject to the same rules, if the items should suddenly become available again, well, you're out of luck and are likely to not quite make as much dough as you thought.

3) Sometimes you will lose, you will misinterpret where the market is going or the developers will change something which renders your well laid out plans totally pointless. It's annoying, but it happens.

Other examples include: festival items such as mini celestials from the dragon festival, max damage req7 swords and axes, runescape's event items such the Party Hats. All things which have/had limited availability and are now worth a small fortune.
Posted by Unknown at 12:45:00 No comments: