Dervish Update in a Flash

Its been a tiring day so I don't imagine this will post will be as enthusiastic as I hope it will be! The inside Will is all happy and excited about the new Dervish Update information, but the outside Will is lacking in energy. I need more Will-Power. Anyway, to the meat'n'bones of the piece: found preview notes to the long -awaited Guild Wars Dervish update on Kill Ten Rats earlier today: 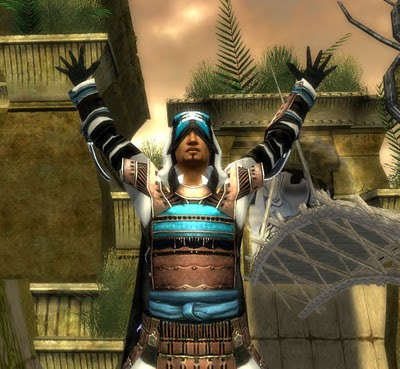 So, ANet have released some preview notes on all the changes they have made to the Dervish profession. Its an update for which many in the Guild Wars community have been waiting for a long, long, long, long time; and looking at the notes, you can see why its taken so long (long, long long long long). The notes detail a number of mechanical changes to the Nightfall profession which ANet hope will serve to balance the Dervish and put him in a better position in melee combat (an area where almost all other professions have outclassed him before). Heres a quick run down: 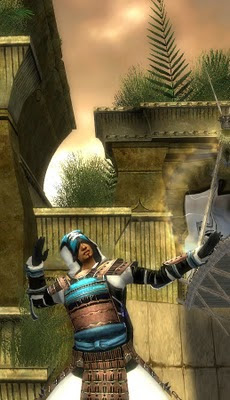 ANet have buffed skills which strip enchantments from the user by stipifying that the skill removes a "Dervish enchantment" - this removes the rather clunky situation where you risked removing beneficial monk enchantments when using these skills. In addition to this, some Dervish skills have been changed to require Adrenaline rather than energy to activate, and some skills have been given the ability to inflict cracked armour (Making the Dervish the only melee class that can do this). Avatars have been changed so that they are easier to maintain - Avatar of Balth now looks... awesome.


In my opinion they are the most important details distilled down into bitesize chunks. Tasty-wasty. They look mainly as if they want to do two things: increase the Dervish mobility and increase their energy management. They look super-duper awesome and I'm sure Kamadan will be cramadaned with very happy Dervishes once this goes live. Full update notes can be found here: DERVISH UPDATE PREVIEW.

ps. I realise there has been a lot of video gaming related stuff over the past week or so - I'll get back to ARG-y stuff soon! New TTA vid has just come out.. oooh!
Posted by Unknown at 18:04:00