Can Video Games be Art?

Over the past few days I've come across a number of blogs which have broached this subject. Its the kind of argument which brings up a vitriolic rage in many a gamer and comments on the subject can go into the thousands (see Roger Ebert's post here). I plant my feet firmly in the "games can be art" camp. 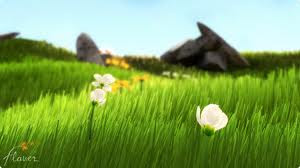 Unfortunately, it comes down to that all-to-often carted out stumbling block - definition. I view art as an interpretation. RightGamer at DominantGenes (RG falls firmly on the opposite side to me, agreeing with Roger Ebert in his assertion that games can never be art) states the following:


Professional painters, musicians and cartoonists are all considered artists regardless of the quality of their pieces and no one would try to dispute this. Now professional game designers and developers are not generally associated with being artists but if the final product truly is a piece of art like some gamers claim, then why not label these people as such?

I argued that whilst these above named professions are largely considered artists, I cannot make the same sweeping generalisation about their work. Justin Bieber is most definitely a musical artist, but I would not say his work is art. *Swoosh* That was the sound of a thousand angry tweenage girls all partaking in a sharp intake of breath. I'm also fairly sure that there are a significant number of people who would not consider Tracey Emin's work art, or Jackson Pollock, or Michael Jackson, or Banksy, etc etc. What it boils down to, is that art is an interpretation.

Its a wishy-washy Postmodern argument I know, and as Social Scientist I'm loathed to bring it out. But when applied to a medium such as art it is hard to ignore. I don't think you could cite a piece of work which can be universally and objectively called "art" - there is no essential element which exists which pushes a piece from "object" to "art". I could rant on about signifier and signified, perception, consensus, habitus, Bourdieu, Foucault, Baudrillard, Magritte, ceci n'est pas une pipe... But ultimately you cannot ignore that each and every image we see in this world, however critically acclaimed, is seen through our eyes, and each and every image is then interpreted by our brains - it is changed and twisted and then out pops a conclusion. Whether that conclusion is that it's art or not is not objective, it is wholly subjective.
Of course, that means that Ebert and RG are entirely correct - to them gaming cannot be art - their definition doesn't allow it. But to me, gaming can be and is art - Portal

is art, Amnesia: The Dark Descent is art, Half-Life 2

is art - these games speak to me on a visceral level, they evoke emotions through characters and visuals which far outstrip the vast majority of paintings and films.

The other option is that art has some existence which is external to those actors involved in its creation. That it somehow pre-exists interpretation. I just cannot bend my brain to consider that there exists anything in our society which has not been created by the people who exist and have existed within it. There is no society external to the actor. So, there is no art external to the actor. Art is something which sits deep within our soul; it is for no-one else to decide on our behalf.
Posted by Unknown at 11:39:00