Having got to 900k before and lost it, and being only 3 maxed titles away from gaining God Walking Amongst Mere Mortals; I really can't give up on Survivor now. But the halls of Fronis' lair are so dark and dank, the icy wastes of the worm fields are lonely and barren, and it'll be a dark day in hell if I ever go back to fighting the Vaettirs.

So, until the feeling takes me (or they bring out Winds of Change) my Ranger will remain trapped in unplayed avatar limbo. 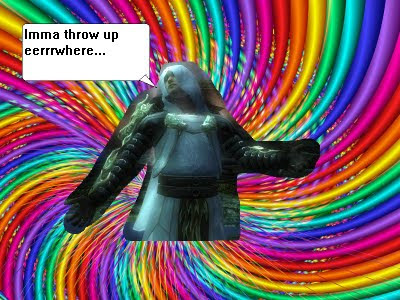