Gemeinschaft - What Guild Wars has which the World Lacks 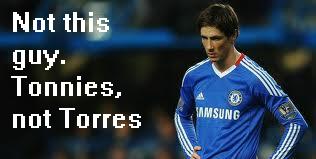 Ferdinand Tönnies stated that the new world order had no time for personable relationships, no time for exploring community and companionship. It was an alienated world, to put it Marx-ly. One where you are separated from your kin, separated from your craft and certainly separated from your community. He called this state "Gesselschaft" - a world where individuals act purely upon self interest. The ying to this yang is "Gemeinschaft", a state where individuals act in favour of the community (in fact, gemeinschaft is often translated directly into community), they work towards common goals and expectations.Tonnies stated that, in our world, Gesselschaft is increasingly replacing Gemeinschaft.

When I started blogging last November I kinda jumped in blind. I started off by flailing wildly into the communities with which I was most involved - Guild Wars and Alternative Reality Gaming. This gained me a few views here and there; the unFiction lot are an incredibly passionate bunch, but the community is solely centered around 2/3 core websites and these are somewhat difficult to crack. Since then my interest in ARGs has waned but my interest in Guild Wars has waxed, this significant waxing has been assisted by, quite frankly,  a staggeringly receptive blogging community.

The Guild Wars bloggers (without, hopefully, offending too many of them) are a friendly bunch; quirky, chatty, sometimes foul mouthed and opinionated; they are the backbone of the community which surrounds this game. They disperse information, conduct interviews, analyse media releases, corral opinions and rationalise the sometimes rather erratic behaviour of this burgeoning gaming populace. They put a staggering amount of effort into providing not only a valuable information resource for old and new players, but also creating a space in which social interaction can take place. 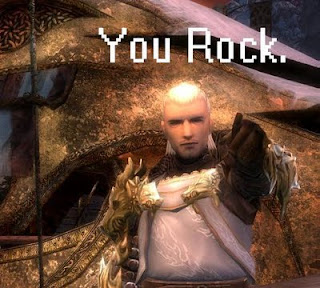 The MMO community can be a barren and unfriendly place. If you've ever frequented a gaming forum you will know that gamers, by and large, are not the most understanding of groups. They may seem to be a largely reward driven bunch, interested in self-advancement and self-preservation above all things. On the surface the MMO community is Gesselschaft in it's purest - only in it for themselves.

Having looked at the Guild Wars community of bloggers, contributors and other writers; having seen the effort they go to, the time they spend and the zeal with which they approach their work (for little to no reward), I really think Tonnies would call this a step towards Gemeinschaft.

PS. a couple of weeks ago, in an interview with Cornish, Tasha asked if he thought there was room for more bloggers in the GW community. I agree with Cornish that yes, the more the merrier. So, if you are considering getting involved I would encourage you to take the plunge (You don't have to start your own site, you could start by submitting a couple of articles to Talk Tyria or to me!). You won't regret it.
Posted by Unknown at 22:57:00