How the Dervish Lost its Whirl 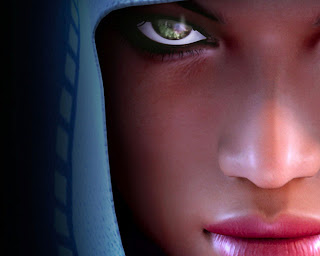 Hooded against the hot Elonian sands they slash their way to the center of a pack, twirling their scythes in high arcs; cutting great swathes of opponents down like sheaves of corn. They bend sand, earth, dust, wind and even light to their will. They invoke the power of the six Gods to fill their bodies with divine energy; assuming the form of Godly avatars to further enhance their ferocity. With all this power at their disposal; is there anything the Dervish can't do?

Well, apart from make the transition from Guild Wars to its sequel, of course.

Why not? Almost all of the core professions (bar the obviously Monkly odd one out) have made the leap, and we can see elements of the Paragon in the Guardian, the Ritualist in the Engineer and the Assassin in the Thief. How is it that the Dervish has drawn the short straw? Aside from the gameplay balance considerations, there are also significant lore-based influences on the choice to leave the Dervish at home when GW2 comes out to play.

It is well documented that, following Nightfall, the Six Gods have been increasingly withdrawn from human affairs. A significant section of the human race have even began to doubt whether the Gods have any interest in humanity at all. In "Against the Wall: Humanity in Guild Wars" we can hear a snippet of conversation taken from a human settlement:

A: Just because proof is not immediately apparent, doesn't mean it's not there.
B: What prayers have they answered for you lately? What miracles performed?

It makes sense that, in a world where the influence of the Gods felt by the people is dwindling day by day, a class of fighter which draws its might from the power borrowed from the Gods would also begin to die out.Without the Gods there to fuel their enchantments, the Dervish is little more than a human in a skirt wielding a farming tool.

That is also a significant problem with the Dervish; their powers were drawn from ostensibly human Gods.
For the most part, the other races of Tyria accept the existence of the six Gods; the Norn see them as an extension of their Spirits of the Wild, the Charr see them as powerful beings, but focus mainly upon Melandru as the creator of the world, the Asura see the Six as another part in the Eternal alchemy. The only race not to have experience of the Gods are the Sylvari, but they've not really been around long enough to form an opinion on the matter. It is only Humanity which worships them as the six Gods which created and govern the world.
With this in mind, it would be very difficult to justify a player of another race abandoning their religious beliefs in order to follow the Six's guidance and become a Dervish. The Norn and Asuran religion is central to their race as a whole, it is difficult to imagine a Norn without their dedication to the bear spirit and you can hardly imagine an Asura going an hour without mentioning the Eternal Alchemy. Conversely, the Charr, following the events in Eye of the North, have rejected the influence of the Gods - having been burnt one too many times with their experience with the Titans and then with the Destroyers.

To force the profession to deal with all these competing influences would probably create a class which would, in attempting to resolve and incorporate each race's religious leanings, end up very scattered and without focus - which is certainly an end which ANet want to avoid at all costs.

The Dervish was a fun class to play in Guild Wars, and will certainly be missed by a significant number of players. ArenaNet are no doubt hoping that former Dervishes will find a new home with the Warrior or Guardian and will not feel too hard done by. If you still feel a little miffed about the loss of your holy-warrior, never fear, you may have missed this years West Country Scything championship, but there's always next year! 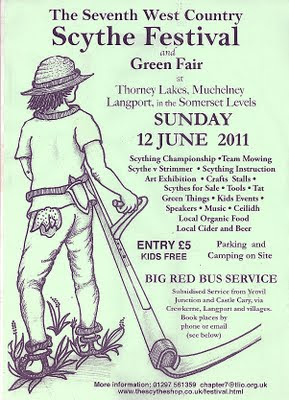