Gaming Jargon - What on Earth did you just say?

One of the big parts of my job is rifling through doctors’ notes. If you have ever attempted this Herculean task you will know that not only are doctors’ handwriting notoriously difficult to decipher, but also the jargon they use is mind boggling.

I understand that in high pressure situations using shorthand is vital to conveying messages very quickly and as such is essential to the workings of a good doctors’ surgery or hospital. However, jargon also serves another important purpose: it keeps people out.
Having a language (written or otherwise) which can only be interpreted by a select few means that certain jobs remain specialised and cannot be farmed out to others. Of course, people who are new to the circle can learn the language but it takes time and hard work to really get fluent. 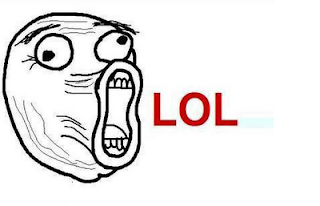 Imagine you’re new to gaming; if you were to play a gamebattle alongside one of the top MLG Black Ops players, you would have real trouble understanding what they are saying to you: “he’s top wood”, “two trailer, cap C”, “I’m flashed”. Similarly, if you were working your way through Hard Mode Underworld in Guild Wars you’d find a similar problem: “don’t aggro too many”, “alright, the SF sin can tank and the SH eles can DPS”, “omg mending wammo n00b!”; an all too common occurrence. It would be incredibly confusing, and until you’d taken the time to learn the phrases and experience the game you simply wouldn’t be able to participate. If you’re a bit of a veteran it comes as second nature that when you start a new game, you need to start to learn the jargon in order to be an effective team member. But to those who are just starting out, it must be a hugely daunting task.
I’m not saying it’s a language designed to exclude new players. Multiplayer online gaming is all about finding new ways to connect and interact with people. These languages develop organically and, apart from the select few, I’m sure most gamers don’t set out to develop the most confusing and obtuse language possible. What I’m saying is that veteran players must be aware of the potential barrier their language might pose when interacting with new gamers.
Posted by Unknown at 21:40:00

Email ThisBlogThis!Share to TwitterShare to FacebookShare to Pinterest
Labels: Gaming