With all their cards now laid out on the table, ArenaNet have seen fit to release the dragon. Although the announcement of the beta and 2012 release are a relief, I wouldn’t say they were that much of a surprise. Most people were predicting a Q2/3 2012 release anyway, and that was always going to be preceded by beta testing. Still, the Guild Wars Posse (yes, you are a Posse) is a-buzz with excitement and the more optimistic of us are praying for a June release. 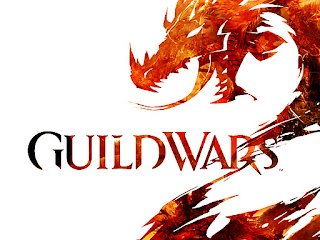 It’s a particularly Dragon-y year this year. Here’s just a short list of the dragon-y things which are going on:

• Release of the final book in the Inheritance cycle (Eragon series) – a book I consumed with voracious hunger. Started reading the series years and years ago and have been devouring the books upon release ever since. A story of one boy’s slightly sexual relationship with a gigantic lizard.

• Rise of the “Fire and Ice” series (particularly owing to the Sky 1 series with SEEEEN BEEEEEN!). Once again, *SPOILER* involves dragons. Kudos goes to these particular dragons for their interesting introduction involving breast-feeding. Epic nipple-rash.

• Skyrim (FUS RO DA!). This game is jam-packed with dragons. It is full to the brim with scaly, screechy winged demons. I must be the only person on the planet not to have completed it, but from what I can gather (and without having fiddled with the difficulty slider); a typical dragon can be dispatched by shouting at it. Wuss.

• Minecraft. Apparently, there are dragons in Minecraft now. *shrug*

• And, of course, Guild Wars 2 will be dropping the D-bomb before the year is out.

I don’t know about you, but I’m going to invest in some fire-retardant underpants.

Also, considering the beta is going to step up in April and taking into account any changes they might need to make, perhaps we are thinking release around end of June/early July?

Anyone else looking forward to the DRAGON FESTIVAL this year? (take note of the date)
Posted by Unknown at 10:57:00