[GW2] Why I am not Hyped for Heart of Thorns

There is a post at the top of the GW2 Reddit at the moment which asks the question: "Why are you NOT hyped about Heart of Thorns?" It assumes that there is a significant number of players who are indeed not excited, or perhaps are even disappointed about the upcoming Guild Wars 2 expansion. 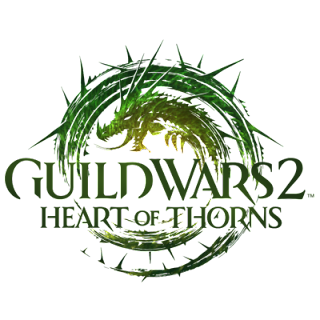 In my case this assumption is pretty accurate. I replied to the thread in what eventually became a bit of a rant, but I kinda felt I should elaborate on one particular element of my dissatisfaction with Heart of Thorns - so here it is.

I've said on this blog before that one of my favourite things to do in GW1 was to try out new and interesting builds. There were hundreds of skills, and the fact that you had access to not only your primary, but also a secondary profession and all of their skills as well meant that there were thousands if not millions of possible skill combinations waiting to be tried out. This was, I know, a complete headache for the designers in terms of balance. But what it did mean is that you were always seeing new builds come out to counter certain metas or take advantage of the latest skill balance changes. It might not have been balanced, but at least it was interesting.

When you have a pool of several hundred, you can afford to have a few duds - when you've got a pool of just 20, you really really can't. But the simple fact is that GW2 has so many dud skills in the utility pool that out of a possible 20 skills you might find that only 10-15 are usable, but then out of that remaining (lets say) 15 you are further limited by the traits you can slot in.

When you doll out your trait points you have to invest in lines, some skills have traits which increase their efficacy, whilst others only become viable at all when taken alongside certain traits. when the trait-point investment required to make a skill work is to the significant detriment of the rest of your build because the line you are investing in has other effects which are not as strong, then it simply is not viable to run that skill. So between just having skills that are complete garbage, skills that require too much investment in traits and finally skills which are simply bugged, the already tiny pool of skills dwindles even further.

Now - this might  have been ok if, at some point over the past 2 and a half years we had some new skills introduced into the pool. If your pool of viable skills is about (a rough estimate) 12, then adding 5 more skills is a MASSIVE increase in possible variety. With each single skill the number of skill combinations increases exponentially, adding in 10, or 20 new skills would have been mindblowingly awesome for the health of the build economy. Creative people could get their teeth into a system like that. But instead we've had - nothing.

Other than a single classless heal skill designed for a specific encounter, we haven't had a single new skill added to the game in well over 2 and a half years. I sometimes wonder if the ArenaNet developers somehow think that their skills are SO UNBELIEVABLY FUN that they will keep a player interested and excited for that entire time. No. I'm sorry, if they think that is the case then they are delusional - even the most exciting and fun skills in the world will not keep a person entertained for 2 and a half years straight if they are given absolutely no alternatives. The skills are stale, and the game, I'm afraid, has become a chore to play.

But - I'm not sure if they have fundamentally misunderstood how it works, but they seem to have fucked this up too.
Each class gets an elite specialisation. A new twist on their class. They can choose to take on this elite spec or stick to their original spec. For example, a ranger can choose to be a druid or they can choose to stick to ranger. ANet have assured us that there will be a reason to stick or twist and both will be viable. But here's the rub:


So - just to spell it out. After 2 and a half years of waiting for a little bit, not a lot, just a tiny small miniscule amount of build variety, they finally release an expansion which adds absolutely nothing to the existing classes.  If you want any variety at all you have to choose your elite specialisation. Its a binary choice - either you stick with your existing class and absolutely nothing changes, you use the same skills you've used for over 2 and a half years with the same weapons you've used for over 2 and a half years, or you switch to the elite spec and gain access to some new skills and a new weapon. And to make matters worse, even if you do choose the elite spec, it locks you out of some other skills and weapons usable by the original class. (EDIT: wrote this, and have since reconsidered it - locking out of existing ranger skills is a good idea because it means that there is at least a reason to choose between the two specs)

I know they are tweaking some existing skills in a balance update prior to HoT release, but even if they get that 100% spot on and make every single skill viable in some way - that still only means that we are working with exactly the number of skills and traits we were supposed to be making builds with at release over 2 years ago and not a shred of new content has been added to the original classes.

The distinction to be made is between a binary and granular choice here.

I was hoping that they'd add skills and weapons so that each ranger will be different, you could make thousands of small choices about which new skill to take, and how to spec your new traits and which new weapon to use alongside them, or indeed to stick to existing weapons with new skills or new traits with old weapons etc etc. You could still have the druid, you could still lock out some skills from the "ranger line", but give the existing classes a bit of fucking variety as well - so any ranger you see could be using A, B, C, D... ad infinitum combination of new and old features etc.

Instead any ranger you see (if you see any at all) will be almost identical to the same rangers you've been seeing for the past couple of years because they have no new choices to make within their spec. But it won't matter anyway because most players will have switched to their elite spec, they will be using their new weapon, with a combination of the new skills. Either you're a same old ranger, or you're this new druid. 1 or 0. Off or on. A or B.

The sad thing is that people are so sick to death of their classes, they run through the same key combinations day-in-day-out that they will clamour for something new. So the original classes will likely not be seen for a long time after the expansion, at least in PvE - and this will give the illusion of variety. But it won't be variety, it will just be another class choosing from another pool of 10 useless skills, 10 viable ones and a single new weapon.

I'm happy to be proven wrong. And all of this could be washed away if they announce (or we find out during the beta that they've been hiding) new skills for original specs, otherwise its just another example of ANet blundering massively over something just so staggeringly simple as building a little variety into the game.

EDIT: Like my reddit post I linked at the top, this ended up being a bit of a rant. There are elements I am looking forward to in HoT. I don't think another Elder Dragon makes a compelling enemy, but I'm looking forward to the character development of the new Destiny's Edge, I think the Mastery system will provide focus for continued development and I want to see new weapon and armour skins. But the lack of skills being added just riled me up something fierce, and I needed to vent.
Posted by Unknown at 12:47:00