[GW2] A Villain with a little Va Va Voom

Lewis over at Ten Ton Hammer wrote a piece recently detailing why he thinks a Guild Wars 2 expansion is on the horizon. I don't want to repeat all the stuff he said about why its coming, needless to say its an argument with which I agree - and I've seen other very clever people saying the same thing, so I'm inclined to believe that we are right.
He also asked what we'd like to see. I think most people's reactions are all stuff that I'd like to see too - new races, professions, armour, weapons and skills. To be honest I took these to be a given, what I'd really really like to see is a good ol' fashioned villain.

I want a villain akin to Moriarty, Lex Luthor or Doctor Claw (ask your parents, kids!) and I'm going to tell you why the Elder Dragons simply won't cut it this time, at least not on their own.

Think of the baddies who make you squirm, the ones who make you gnash your teeth or slam your book, controller or theatre viewing binoculars down in disbelief  - jaw gaping at the sheer skulduggery of it all.

The ones who betray the hero at the last second, revealing their Machiavellian plan as they slowly wheel him or her towards a pit of lava or into a pool of ill-tempered sea bass. They all have real personalities and lives, relationships to the characters - more often than not they have qualities which the hero of the piece sees in themselves ("we're not so different, you and I"). Some are flawed, others are downright damaged (often by the actions of the protagonist earlier in life) and we get to know them personally and the connections they have to every other character and how our lives are interwoven with theirs and, in a way, how poetic it is that we should be the ones to face them in the end.
In some ways we see ourselves in them, or at least we understand how they reached the brink of madness on which they teeter... and so we hate them, because we know how easily it could have been us.
Given a different circumstance Bruce Wayne could have ended up mad like the Joker, Prof Xavier could easily have used his powers for evil like Magneto, and we even saw it in what I believe to be the best villain in a video game to date - GlaDOS (spoilers) - we see how quick and easy it was for Wheatley, our mild-mannered sidekick, to become corrupted by immense power. 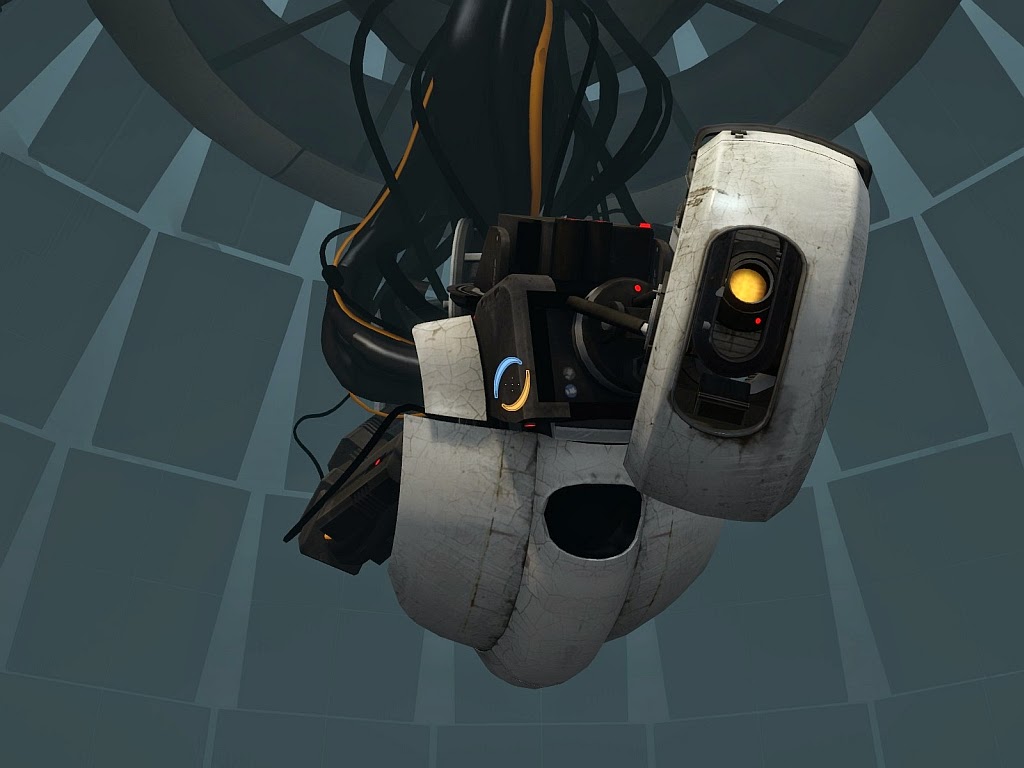 An Elder Dragon does not have any of these qualities. An Elder Dragon is a whirling thunderstorm of hate, hunger and lust. They are elemental. They do not have personalities and so we cannot see ourselves in them, and so we cannot hate them. Our drive to destroy them is simply "they are a bad thing, if I do not kill them more bad things will happen and that would be bad".

They are a daunting foe, sure, but they are no villain. If we are going to face Mordremoth (and there's no telling if this confrontation will be saved for the Living Story ending or if they might stretch it out to an expansion) then I think another soulless strategic campaign against an enemy which we have no real strong feelings for will not provide as compelling a narrative as one with a truly despicable (and hateable) supervillain at the end.

What we need is a pre-existing character. One who is close to our party. Someone who might betray the group and drag them to their lowest point - just when they think they are getting the upper hand.
No no no - Trahearne is far too obvious, come on use a little imagination. We need someone with a little vavavoom, a little mystery. There are, in my opinion, two main candidates:

Canach has shown a certain ruthlessness, a willingness to do a little bad in order to achieve a lot of good. This is actually a relatively common trope amongst villains, (Bane, Tyrion Lannister, Walter White, Gabriel in Constantine etc etc) and it is easy for the "little bad" to become "lots of bad" as things spiral out of control and the antagonist rationalises ever more evil deeds in pursuit of his or her noble goal.
He hits the "not so different, you and I" quota also. He is a good guy driven bad by circumstance and again that could have so easily been us.
The only drawback is that he is currently on a path of redemption, and I'm not sure the message ANet want to send with his story is "rehab doesn't work, kids". That might just be too much of a downer. I wonder if he could simply be a fall-guy - the one which we all suspect as being behind it all, the one which all clues point to until the very final second when the true puppetmaster is shown to be: Faolain. She is a character who seems built to make our skin crawl, and we really don't know why yet. She has a past with Caithe, and claims to love her very much. They were close friends once, perhaps even lovers and Caithe still, on some level at least, trusts her. Caithe has always been seen to be stoic, infallible almost to the level of humourlessness but Faolain seems to be able to break down these walls and get underneath her leaves.
She is the leader of the Nightmare Court, an ostensibly evil character, an enemy even, but nevertheless she seems to be Caithe's one weakness and there seems to be the very strong suggestion that "Caithe's Secret" has something to do with her. Something in her past which she has buried somewhere deep inside and hopes will never see the light of day. Scarlet knew it, perhaps as a result of delving deep into the history of the Pale Tree.
I've ruminated on the idea that perhaps the sylvari could be the Pale Tree's natural defense against the Elder Dragons. In light of new information, perhaps the relationship between the dragons and the Tree is not so antagonistic, and this is what Caithe and Faolain know, and what Scarlet saw, on account of being "first born"?

I would like to see Faolain be the Eldritch Horror at the end of Guild Wars 2's first expansion. As a servant of the Elder Dragons - a part of the earth, just like the Pale Tree and the Dragons themselves.

Imagine a story in which we delve deeper into the dream, and the deeper we get the more clues about the connection between the Tree, the sylvari and the Dragons are unearthed. But the closer we get to the truth, the more drawn and distant Caithe becomes - she warns we are digging too deep, and might not like what we find, she argues with Canach and they both disappear into the darkness. The group suspects Canach (and perhaps there is some handily planted evidence to support our suspicions) has kidnapped Caithe and is some kind of Dragon worshipper.

The final confrontation takes place at a bloodstone site somewhere in Maguuma, we face off against our foe - who we suspect to be Canach, he is standing alone shouting fos us to "stay back!". Nonetheless, we march forward, but as we approach to make an arrest a thick vine appears out of nowhere and impales him!
Riding upon a twisted tendril is Faolain and at her feet is the mangled body of Caithe. All these years, she tells us, she had been grooming Caithe for this - this blood sacrifice to bring about the rise of an age of Nightmare. Using Caithe's first-born blood, Faolain channels the Elder Dragon energy from the earth, absorbing it all and driving her mad in the process, she can't contain all that energy in her small body - she explodes into a gigantic sylvari nightmare beast! We struggle to keep up with the pace of battle, but are no slackers, we persevere but just as we are about to strike the killing blow the dragon takes over, knocking the entire party to the ground and rising up above us - preparing to consume us all!
Off to the side comes a beleaguered groan - the air seems to stand still and silent - Canach claws his way to his knees and grits his teeth, snarling at the dragon beast in front of him. Struggling he rises to his feet but bereft of energy, he stumbles and is caught by a flash of light - the image of the Pale Tree draws him to his feet. Just as the Dragon poured all his energy into Faolain, so too does the Pale Tree pour her energy into Canach.
Enraged, the Faolain/Dragon beast screams of the injustice of a second born being granted such a blessing - drawing up all her hate and spite, the beast lunges at Canach but he swats her away easier than a fly, Faolain smashes against the trunk of the Tree and the Dragon Spirit bursts forth from her body. The love of the Pale Tree is no match for the choas and hate of the Elder Dragon.

We then begin our final battle with the dragon spirit itself, but we are imbued with great gifts of strength and ability from the Pale Tree's blessing and with Canach at our side we fight our way through the spirit and to Faolain's body - the conduit which is giving him form - just as we did with Scarlet, we finish her once and for all.

After the battle we mourn the loss of Caithe and Canach who cannot return to his former life, he must now live as the vision of the Pale Tree, one with the eternal alchemy having restored balance for a while at least. His is truly a story of redemption, willing to sacrifice his own life to save others, but not in such a way that he takes the fight away from us. Faolain is a villain who betrays us, kills our friends in front of our faces but is still ultimately a victim of the draw of the power of the Dragon.

Apart from Trahearne who was killed at some point.

ps. The only drawback is that it would be yet another female sylvari corrupted by dragon power. Maybe they all just look evil to me, I dunno.